But so you don’t feel like you wasted your time…

I’d wanted a night with him.

But it wasn’t going to happen tonight.

Well, the kisses did.

I was practically breathless from yet another one when he pulled away abruptly, leaving me feeling like I might totter and fall, even though I sat on the couch.

Staring at the heavily muscled wall of his back, I watched as he moved to the window.

He just stood there.

“What are you doing?” I asked.

He glanced at me over his shoulder, a faint smile curling his lips. “I think you might call it…regrouping.”

Sean chuckled and turned toward me. “You’re an odd duck for me, Ella. I want to make sure I’m…” He paused and caught his lower lip between his teeth, sucking on it a moment before slowly releasing it. That action made me hungry to do that very same thing to him—bite his lower lip, suck on it, then let it go.

“You…ah…” I shook my head, thrown off track by my own fantasies. “You what?”

He started toward me, his movements slow and sensual. He made me think of a panther I’d once seen, all sleek, sensual menace. If he had pounced on me in that moment, I don’t think I would have minded it. Not at all.

Check back tomorrow… the Heroes & Heartbreakers blog and I will be posting the covers & blurbs for all three novellas in the serial. 🙂

Also, a reminder!  The Grimm series is still on sale, but only until Friday. 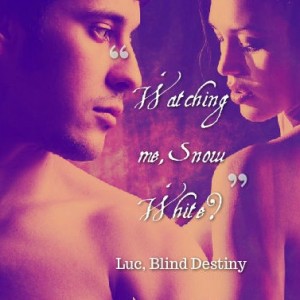 After Friday, the sale ends and Greta turns back into a pumpkin and the swans will eat the glass slippers and…oh, wait.  I’m mixing my fairy tales.  Ignore me.  But seriously, the sale does end this weekend(ish)~sometimes the retailers take a while to revert prices back.

And next week, the last book in the series releases. 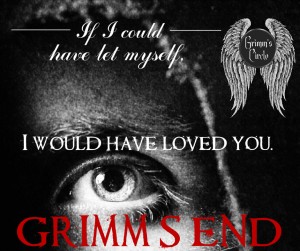 I’ve got more news that I’ll be posting later week, too.  Stay tuned.