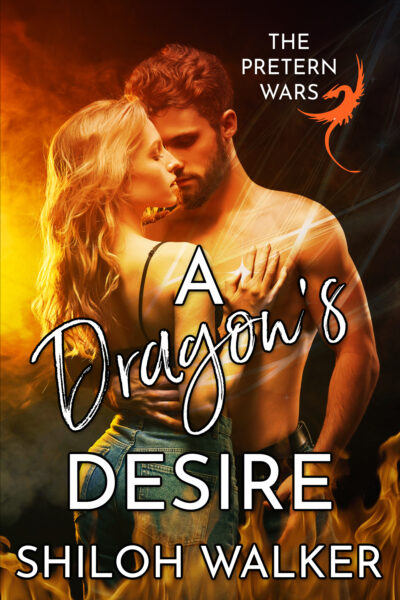 You will wander, you will roam

SORIN: He is Zmeu, one of the great dragons of myth.

It’s a lesson Sorin takes to heart. He might have had a mortal mother, but mortals had also killed her, leaving him alone.

A dragon grown, he dwells in an impenetrable castle, living a dragon’s best life. He dances with fae swan maidens, steals baubles from unknowing kings, scoffs at mortals stumbling through life wasting time on war, hate…love.

Then love finds him.

In the village of his birth, a woman teaches him a truth his dragon family hadn’t—it’s rather easy for a dragon to find love.

Easy to love, yes. But understanding the woman who steals his heart? Not so easy. He doesn't realize it at the time, his arrogance leading him to assume he knew best. After all, he was a dragon. Sorin’s arrogance led to her death…and a curse.

Hundreds of years later, living in the New World as the world prepares for war, he is almost numb to the curse that haunts him still.

You will wander, you will roam, they’d said. He did. But seeking solace, seeking home? Home and solace were lost to him, every bit as much as his love.

As penance, he guards the mortals in his territory, as she had protected those under her care. He’ll hold off the coming war as long as possible. When the time comes to take up a sword—or breathe fire—he will. It’s little comfort, but his lost love would expect him to protect. So he does.

One night, a sudden awareness yanks him from deepest sleep. Chasing the faint magical trail, he finds a woman battling for her life. Just before a killing strike, he sees her eyes…eyes of haunting green.

He didn’t enjoy the practice. However, these days, he had to spend more time resting than normal. It was all thanks to stupid humans out in the world, ramping up for what was proving to be an ugly, bloody war.

Another useless bloody war, one that he suspected would rock the entire planet to its very foundations.

It hadn’t quite reached this fairly quiet part of the New World, but it would. And soon.

Because he didn’t feel like dealing with arrows in his hide—or going to the rescue of those humans who weren’t rotten through to the core—he only took on his dragon form occasionally. A few times a week, usually at night when he used illusion to shield him until he was far, far, far above the world, too far for even the sharpest-eyed mortal to see. There were, of course, their damnable satellites, those ever-spying eyes in the sky, but as often was the case with technology and creatures of pure magic, satellites often had trouble...seeing him in his dragon form. Some theorized there was a problem with how magic affected electromagnetic currents and such. He didn't care. So long as they left him alone.

More than once, a news piece would flash: Large, unidentified flying presence detected in the skies above Missouri. Could it be the famed Dragon of the Ozarks

Dragon of the Ozarks.

Those thoughts, and more, tumbled through his sleeping mind. A dragon, whether in his natural form or wearing the much weaker, but still very impressive human skin, was a predator, and predators never left their guard down, not even when they rested.

The scents of the world around drifted past.

The promise of rain.

A fire some miles away.

The familiar, damp scent that came from the cave he’d made into his home hundreds of years earlier. Sprawled on a massive bed he’d never admit to enjoying, wearing his human form because he hadn’t felt like traveling deeper into the cave system where he had a comparably larger bed that almost fit his dragon form, his eyes moved back and forth.

Abruptly, Sorin stopped breathing—struck down to his core by a deep, deep knowing.

He jerked upright, eyes open and the sleep falling from his mind as if it had never been there.

“What?” he whispered, turning his head in the direction of the faint pulse of…something.

Like most magical creatures, he was territorial, although his…instincts had changed over the centuries. To him, territory no longer meant home. Home had died with Adela. Now home simply meant a modicum of peace. But claiming territory meant protecting it and an elemental creature such as a dragon could never claim territory without also bonding to it.

His own failure to protect her and the people Adela had claimed as her own shattered the bond that had been forming between them. He’d been unaware of that bond, so arrogantly full of himself…and foolish. When she’d died, along with so many of people, that bond had snapped.

The resulting pain that had flooded him in those moments had almost driven him mad.

Sorin had never fully recovered. Once the wrenching agony of the death tremors had faded, he’d been left numb. Numb and bleak and hopeless. He’d never expected to fill anything beyond that numbness ever again.

But there was a burning inside him now. A burning, twisting thing that might just be…hope.