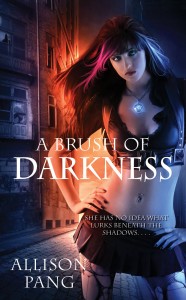 Even though I don’t specifically write or rewrite fairy tales (yet, although I really am itching to do a retelling of The Little Mermaid. With robots.) I was a huge fan of reading them as a child. I had a massive Grimm’s Fairy Tales book that was about 500 pages or so, and several of the My Book House series and the various colored fairy books. (The Blue Fairy book, the Green Fairy book, etc.) so you might say I was pretty well rounded in the overall lore and mythology. Children are sometimes a bit naturally bloodthirsty in some ways, so being exposed to the original tales was a bit eye-opening, because they showed the real consequences of one’s actions before Disney got a hold of them and made them “wholesome.”

There are certain elements in most fairy tales that tend to speak to us on a deeper level. Whether it’s the archetypical tropes that seem to pop up again and again (i.e. the terrible mother, the good mother, the wise old man, etc.) or the overall journey that the characters tend to face, these tales have been with us for a very long time.

That being said, although A Brush of Darkness isn’t specifically based on a traditional fairy tale, there are certainly fairy tale elements in it. (Small pervy unicorns notwithstanding). The entire world-building foundation of the CrossRoads was based on a poem called Thomas the Rhymer, a sort of Scottish Fairy Tale written by the poet/prophet True Thomas about his adventures with the Faery Queen:

And see not ye that braid braid road,
That lies across that lily leven?
That is the path to wickedness,
Tho some call it the road to heaven.

And see not ye that bonny road,
That winds about the fernie brae?
That is the road to fair Elfland,
Where thou and I this night maun gae.

From here I developed the three Paths of OtherFolk – essentially the creatures of Hell, Heaven and Faerie. (Not that everything fits quite that neatly, but for a storybook scaffolding it makes a good jumping point.) In the meantime I do manage to weave in bits and pieces of other fairy tales as I go (goats hanging out with trolls, that sort of thing). It’s partially a bit tongue-in-cheek, but it also allows me to enrich the overall lore based on common things that a lot of people know or maybe remember from their own childhood.

In A Brush of Darkness, there are obviously Fae involved in the world, but the forthcoming sequel A Sliver of Shadow actually has Abby and the rest of her friends entering the realm of Faerie proper. (And dealing with all the fun and nasty things therin).

And here’s a little preview:

“The Queen has sealed the entryway,” Talivar said, his voice soft. “A sacrifice is required to pass.”

“That sounds reassuring,” I muttered, getting awfully tired at the Fae woman’s paranoia. Maybe it was unfair considering her kingdom was about to be invaded, but all these little trials seemed like a big waste of time given our own situation.

Moira gave me a wan smile. “It requires a drop of blood from each person who passes.” Her eyes flicked to where Brystion stood. “Although it would normally not allow the passage of daemons—”

“My blood has already been tasted by the gate,” the incubus said brusquely. “It knows who I am.”

“Of course.” To me and Melanie, she gestured at a tiny thorn midway up the first branch, very much like where a lock might be on a normal door. “Simply place a finger here and the gate will allow you to pass.”

“If I fall asleep for a thousand years, I’m counting on one of you to come to the rescue.” I’d intended it as a joke, but the elves merely stared at me as though it might very well be an option.

Allison is giving away winner’s choice…either a copy of A Brush of Darkness of A Sliver of Shadow when it comes out in Feb/March.  (FYI, if the winner selects A Sliver of Shadow, it will not be mailed until it’s release next year!)