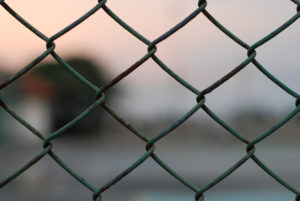 I probably should have posted this a couple of months ago. Summer was…hectic.  My oldest, Diva, moved to Colorado for good. My son was accepted into an on-campus high school for the gifted & talented. Basically, this was our last summer together, all five of us and the guy and I tried to do as much together with them as we could.

Plus, I’ve been hoping my brain would kick in. Bear with me, because this isn’t a simple explanation. The tl;dr version…yes, I plan on finishing the Kit series. I just…need time.

Some of you already know that in 2017, I went through a personal loss.

In January 2017, one of my younger brothers was diagnosed with severe depression and bi-polar disorder. He’d been struggling with things for sometime, but at that point, he was on a clear spiral downward.

The next few months were rough and in April, things got really bad. Although I hoped and prayed I wrong, although the guy and I talked and we could both see what was coming, although we tried, although others tried to get him to accept help, nothing worked.

My brother carried a well of pain in him that was just more than he could handle. That pain wasn’t all of him–he could be funny and sweet and a million other things. But he hurt, too.

In May, he took his own life.

As you can probably imagine, it’s had a devastating effect on the entire family, both mentally and physically.

It hit my kids very hard. When they were younger, before things started to dissolve, our two families, my kids and his kids, were very close.  The kids still are-possibly even closer now in some ways. Losing their uncle was the first loss they’d ever experienced and it was brutal. It continues to be hard, creeping up on you when you least expect it.

For me, personally, my own struggles with depression worsened drastically and I made the unwise, but necessary, choice to quash the matter because I was juggling to deal with everything going on with my kids and trying to help my sister-in-law and my niece and nephew.

The depression simply got worse. My writing began to suffer. I do freelance writing now to supplement my income and that is one area where I’m not struggling, but there were weeks that would go by when I couldn’t write for myself if I had to.

I didn’t want to read. I’d spent hours watching movies or just surfing the internet.  That isn’t particularly helpful, because sometimes, it feels like the world is burning down around us.

If you’re lucky enough to have never experienced depression (and I really hope you are), it can be hard to understand how awful and miserable the daily–hourly–struggle is.  People will tell you to cheer up or to go for a walk or to just smile and things will get better.

But when you’re depressed, it can almost be like you’ve been thrown into a bottomless pool and you’re trying to swim to the top and each time you make just a little progress, somebody throws a ten pound weight, a twenty pound weight, a fifty pound weight down at you. You know you’re drowning and you have to get to the surface, but you can’t.  Telling somebody in that situation to smile, or go for a walk or cheer up really isn’t helpful. But you can imagine how often I’ve had people tell me.  (Rolls eyes).

That’s how I’ve felt for more than a year. I was grieving and the depression complicated everything. Or maybe the grief complicated the depression. There have been financial concerns, other stressors that I’m not even going to consider going into detail about and on top of it all, I was having trouble writing, then when things finally got a little better, it all turned into shit again because what I had written wasn’t going anywhere.

I submitted a partial for a romance series, the final book in my Barnes Brothers series, and the publisher passed on it and my agent ending up dropping me because I wasn’t making any new sales. There were a few other things I tried that fizzled out.

There have even been a few days I considered just putting up my laptop and giving up on the writing thing.

But I didn’t. Partly because I have a steady stream of income with my freelance stuff.  My freelance work has kept me going at times, professionally, next to nothing else could.

Then, out of the blue, because of the infamous #COCKYGATE bullshit, for the first time in ages, something really inspired me to want to write again.

And with that came the desire to read again. I’ve glommed on old favorites from Nalini Singh, and a series I’d been holding on, Ilona Andrews’ Hidden Legacy, I pretty much devoured all of them in three days. I devoured A Princess in Theory by Alyssa Cole. I left the house to go see movies… Ant-Man and the Wasp, BlacKKKlansmen, Crazy Rich Asians, Searching.

Now… how does any of this add up to Kit?

I’ve stopped and started her book so many times, I’ve lost count. A few months ago, I realized why I’m having so much trouble with her book–and with some of the suspenses I’ve started only to push aside.

I write a variety of books.  I’ve got my contemporary books like the Barnes Brothers which are lighter, fun and easy. Then I’ve got books like the Ash series, my FBI Psychics…and Kit, that are darker. Kit, especially, puts me in a darker place, I think partly because it’s first person and because she’s been through so much.

Going knowingly into a darker frame of mind when my depression is already spiking is something I try to avoid, but I hadn’t consciously thought about the way writing certain books affects my mood, or anything else until recently. Then it hit me.

I think my subconsciousness kicked into play here and has been protecting me from approaching certain types of stories while the wounds in my mind and on my soul are still so raw.

The next Kit book is going to be a rough one.  I don’t think it will be Night Blade rough, but I know it’s going to be emotional and dark and I need to make sure I’m steady enough to handle it.

I will write that next book. I’m frustrated with myself that it’s taking me so long and I know I’ve disappointed my readers. I hate that and I’m sorry.

I just need a bit more time to get my head in a healthy place before I can do it.

I hope you understand.