None of these are new releases, but if you haven’t read them before now is a great time to get them.  They’ve been reissued with awesome new covers, and for this week only, Samhain has the prices 30% off. 🙂 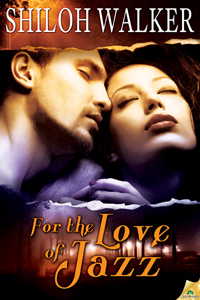 Someone wants a secret to stay buried—even if it means murder.

Since waking up in a hospital at age eighteen, accused of driving the car that killed his best friend, Jazz McNeil has lived with a guilty heart. Now, more than a decade later, he has returned to his hometown to raise his daughter and to uncover the truth about what happened that fateful summer. And gaze into the eyes of the girl whose life he shattered.

Though Anne-Marie Kincaid was told that Jazz was responsible for her brother’s death all those years ago, she has never quite believed it. The facts don’t quite fit; they never did. All she knows is, she still feels loved and safe when she’s with Jazz, and that he misses her brother just as much as she.

This isn’t a new release. 🙂 but it was one my earliest attempts at small town romantic suspense.

In the fading light, he saw the delicate color wash out of her cheeks and the hurt bloom in those green eyes. And then she blinked, and as easily as that, a mask fell. She shrugged, carelessly. “Your loss, Jasper,” she told him, turning on her heel and heading for her car. The denim drew tight across her hips as she dug into the hip pocket for her keys. Before she could reach for the handle, hard hands closed over her elbows, twirled her, pinned her against a heavy male body. Against her back, she felt the cool, smooth glass of the window and the metal of the door against her legs. She raised her head, looked into those deep brown eyes that had haunted her dreams for years on end.

“I don’t wanna talk to you,” he whispered as he lowered his head to hers. 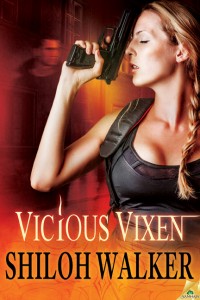 He’s given one chance at redemption—hers and his.

Hired killer, Vixen Markham doesn’t have any illusions about life or love. Unable to trust even the one man she lets into her heart, she makes a decision that she’ll regret for the rest of her life—which won’t be much longer by the looks of things. Loaded with vengeance and a small arsenal of weapons, she’s ready to face up to her past and say goodbye to her future, until she’s confronted by a pair of eyes she could never forget.

Graeme Mackenzie Lawson lived a hard life. Hard on himself and harder on those who got in his way. Betrayed and murdered, he’s given one chance at redemption—but not for himself—for the woman he loved, the woman who killed him.

Can he keep Vixen safe, when she seems determined to lose her life—and her soul?

This book has been previously published but has been re-released with new packaging.

This is one of my weirder ones.  Just be warned.  But I loved it.

“I slept with him, let him tell me he loved me, let him fuck me and feed me and care for me. I even cared for him. Maybe I even loved him.”

The shock of that, actually hearing her say it, had him jerking his head up. And as though that was what she’d been waiting for, she smiled at him. An ugly, angry smile that froze him through, one that warned him. Still, he didn’t move away and when she slipped her hand further down and caught his balls, squeezing until the pain was a brilliant, sickening wave inside him, he continued to stand there.

“And then I killed him.”

She let go and this time, when she went to move around him, he didn’t stop her. Sweat beaded on his brow and he sagged against the wall, wondering if he’d puke.

But already the pain was fading—fading until in a matter of seconds, it was gone. The pain in his heart remained though and it threatened to do what no physical pain could do. It almost sent him to his knees as she turned and stared at him.

“That poor old man.” She continued to speak quietly, so quietly nobody more than two feet away could hear her. “He wants to know who killed the boy he loved like a son. And it was me. I’m a vicious, vindictive, cold-hearted bitch, Mac. I’ll bite any hand that comes too close.” Her gaze dropped lower. “And anything else.”

Despite the threat in her eyes, he reacted with need, felt it swamp him completely and utterly, so completely that his body had already forgotten the pain she’d purposely inflicted on him.

“Bite me all you want,” he offered. “Just let me bite back.”

With his gift, he talks to those who’ve died violently and seeks out their killers. Only once he’s found the murderer, can the victims be at rest. After his last case, the only thing he wants is peace and he hopes to find it in the small town of Mitchell, Indiana.
But something is horribly wrong—the dead are waiting for him there, as well.

Small town sheriff Daisy Crandall is frustrated. The murder investigation she’s leading is going nowhere, the few leads she’s had haven’t panned out. She needs a break—this case is personal and when a stranger arrives, turning up where he shouldn’t be, she’s suspicious. Finding out that he is more than what he appears to b, should shock her but doesn’t. The fact she’s highly attracted to him at the worst possible time is a hindrance.

this is the book that basically gave birth to the FBI psychics series.

“You’ve been doing this too long.”

His eyes flew up to meet hers and an unwitting smile curled his lips. He watched as she moved forward and knelt down in front of him. “This hurts you,” she whispered, staring up at him. “I’m sorry. I wish I didn’t need you to help me.”

Michael reached out and traced his fingers along the curve of her cheek. “This is what I do, ma’am,” he drawled. “Nothing to apologize about.” Dropping his gaze to her mouth, he finally gave into the urge that had been driving him nuts ever since he’d seen her. Threading his hand through her hair, he drew her a little closer, slowly, giving her the chance to pull away.

One Reply to “More new covers…”