Just a note…both of these books are already in ebook, separately… the titles are A Forever Kind of Love and Playing for Keeps. If you want them in print, they are together in Lost in Love…

Snippet from A FOREVER KIND OF LOVE 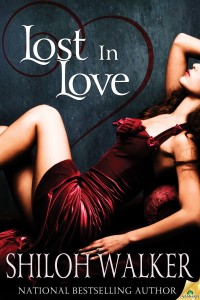 “I’ve got to get away from here for a while, Chase,” she said after a minute. “You remember how you said you couldn’t breathe? Back when you left here after graduation? I get that, because lately? I can’t breathe. I can’t think. I can’t focus. Every time I think I’m doing a little better, somebody comes up and pats me on the back… ‘There, there, poor, poor Zoe. You’ve been through so much, but it will get better. You’re young, you’ve got your whole life ahead of you…’”

A bitter smile twisted her lips. “Yeah. My whole life—a life I’d planned on spending with Roger and now, I don’t know what to do with it.”

For the longest time, Chase was silent. Then, slowly, he said, “So you’re just leaving. That’s going to make it better? Fix things?”

“No. It’s not going to make it better, but it will give me some time to heal…on my own. Let me get my head on straight, and maybe decide what I want to do. What I need to do.”

He reached out and caught her arm, coming to a stop.

Because he had a grip on her arm, when he stopped, so did she. Ignoring the way his touch made her heart race, she stared past him and tried to smile, tried to focus on anything but the way she was feeling inside.

Broken…desperate…so full of need for him. Again.

“So you leave. You just leave?” he said.

Two seconds later, she found herself staring into his dark, dark eyes, her heart racing, her mouth dry.

His hand came up, stroked down her jaw. “Let me come with you. You don’t need to be alone right now.”

Abruptly, she realized he just might kiss her but then she jerked away.

Not very far, because he still held her arm. As if he’d realized where they were, he looked up and around, and swore. Then he was pulling her into a store. It took almost a full minute to realizewhat store—his store. By that time, they were in the back of it, tucked inside his private office.

Time fell away and she felt like she was lost, staring into his eyes. And she hated it. Closing her hands into a fist, she rubbed her wedding ring with her thumb. Her wedding ring…the ring Roger had put on her finger after Chase had walked away from her.

She’d been eighteen, and so in love with him…when he’d walked away, it had almost killed her.

Don’t leave me, Chase…the echo of her voice danced in her mind.

Part of her wanted to do just that.

An equal part of her wanted to go to him, wrap her arms around his neck and just let him hold her. She knew he would.

Chase wasn’t going to disappear again. Whatever it was that had made him leave all those years ago, it was no longer an issue. He was home to stay and he seemed happy here.

Leaning on him, though, that wasn’t the answer.

“I have to go,” she said softly, meeting his eyes. That dark, dark blue stared into hers, unblinking, unwavering.

Sighing, she tucked the information from Mitzi into her purse, then tossed her purse onto his desk. Then she rubbed her temple. A familiar, nagging headache brewed behind her eyes and she wanted, desperately, to curl up somewhere dark and quiet and sleep. For a week.

She definitely didn’t want to be having this discussion with Chase.

“Has it occurred to you that it’s fabulously ironic, you asking me that question?” she asked absently.

She glanced at him, watched the dull rush of blood rise up his cheeks.

Part of her felt bad about that, but another part of her, that small, petty part she wasn’t proud of, it felt like dancing. Good…feel guilty. You know how much it hurt when I realized you weren’t coming back?

“Fifteen years ago, I asked you not to leave me,” she murmured, staring off into the distance, remembering that day. She could remember it so vividly. In vivid, crystalline clarity—

The way the summer sun beat down on her shoulders as she walked outside when she heard him pull up.

And she remembered how she’d begged him. Begged him not to leave, begged him to take her with him.