2012 Update:  The publisher has no plans to continue with the series at this time.  Sorry, folks.

Okay…so this isn’t the funnest post to write.  But it’s got to be written.

For the foreseeable future, the Veil series has been placed on hold.  While Through The Veil had great sales and great feedback…Veil of Shadows did not.  Oh, the feedback I got it from it was good, but the sales…well, they sucked and I spent a few months debating, thinking…

In the end, I had to make a hard decision.  Writing can be full of them.  A writer’s daily life is all about the words…but in our business lives, if we don’t focus on something else…numbers and sales, we can end up being one of the writers who don’t keep writing for a living.

Since I kind of like what I do, and since my family kind of needs me to keep working…well, in the end, I knew what the right decision was, even though it wasn’t an easy one.

I spoke with my editor about the series and we’ve decided to put it to the side.

This doesn’t mean the series won’t be completed, but at this time, I just don’t know. Unless something amazing happens with Veil of Shadows, it’s not a big likelihood.

Now, before the ideas pop up…this book is already contracted to Berkley.  I signed it with them.  I can’t just take it elsewhere…contracts are legal obligations.

But should they be willing to let me take it elsewhere…I’m not inclined to even try, so before anybody asks, let me explain why.

Self publishing is out of the question…this is a hard series.  I’d need an editor who was familiar with it.  An editor/author relationship has to work and it’s not like picking up a carton of milk at the grocery store.

Self-publishing…the right way…isn’t cheap and I’ll either do it right, or I won’t do it. It’s a full-length book and would run me a couple of thousand dollars by the time all was said and done.

Self-publishing it would likely take me twice as long and could very well put me behind on other projects.  As I just spent almost four months hauling tail to catch up after being sick in the spring, I’d rather not get behind again.  One bad thing is all it takes and I’m screwed.

Signing it with a digital first publisher, a better possibility, but the editor who took it would have to be very familiar with the world, read both books and other issues.

The most likely possibility would be that maybe it could be released as a digital release from Berkley.  Then I could have my original editor.  Unfortunately, it wouldn’t get to as many people as it would in print. 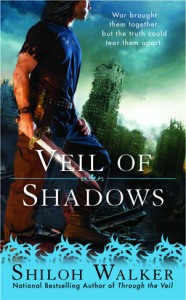 There just aren’t any good scenarios, but the sad fact…the worst one is to continue the series at this point in time. Writing a book is a serious investment in time and if it’s a book that just isn’t selling, well…as much as it sucks, I have to wear my business hat when I’m making these decisions.

A series that isn’t selling well is bad news for a writer.  Because I’d kind of like to keep getting those contracts…but series that don’t sell well, they don’t really look good to those nice people who offer the contracts.