So on Twitter, you’ll see a hasthag thing on Wednesdays… a #WW one.  The hashtags are just used to mark identify certain topics and stuff…like #Fridayreads, or #WW  (Writer Wednesdays.)  You can use them if you know what how to follow the topics…on Wednesdays, you’ll see the #WW pop up and listings for writer peoples on Twitter.

Which is where I came up for the idea for different sort of Writer Wednesday.  Where I grill writers.  On my blog.

And the first post will be going up tomorrow, around 9 am, EST.

Some people probably already know who my first … guest is.  That is, assuming they know how my brain works and the writer I immediately think of when it comes all to things writerly craft and wisdom.  She’s also…ah…nice enough to not block my emails, which means… score… 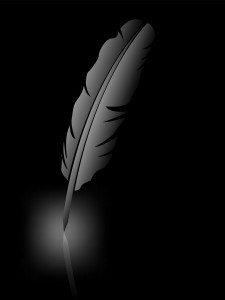