“Can you see through my dress?”

Vanya tried not to snort as she finished up in the bathroom stall. When she came out, she automatically dipped her head so her hair—or rather the wig’s hair—fell and hid the scars that started at her temple and continued down along the left side of her face.

The wig was a necessity. The scars made her stand out too much. In the past two years, she’d convinced herself not to care so much about them, but the reality was that they did make her stand out and she couldn’t have that.

If she didn’t do something to disguise her looks, it would be far too easy to track her down.

And she still suspected it wasn’t enough.

Of course, tonight, it hardly mattered. These girls weren’t paying her any attention at all.

They were too busy staring at their friend’s dress.

“Oh, you can definitely see through it.”

Yeah. Vanya was hard-pressed not to roll her eyes as the girl clapped a hand to her forehead and dramatically cried, “I look like such a slut…why didn’t anybody tell me?”

“Well, we thought you knew…”

The dress’s transparency wasn’t going to add or detract from the girl’s would-be sluttiness. Maybe the fact that it didn’t quite cover her lacy boy shorts, her lack of a bra and her very real need for one—that might add to the slut image. Or the fact that she’d already had sex tonight—twice. Vanya had seen the girl going at it outside on her way in—and she’d also seen Ms. See-through Dress fucking a different guy in the bathroom here earlier.

Places like this—rank, nasty dives that made her want to take a bath.

But she needed to be here.

Vanya didn’t even know why.

She just knew she needed to be here.

Even though it was screwing with her head something awful. Too much going on—too much sex, too much anger, too much confusion and chaos and depression and sadness and want and lust and greed…

All the thoughts pressed in on her and she couldn’t block them all out. It was as if she’d walked into the local Best Buy and somebody had jacked up all the speakers to maximum.

The noise, the chaos, they screwed with her shields something awful.

She did fine one-on-one, two-on-one, even ten- or twenty-on-one. But a few hundred angry, angsty young adults and not-so-young adults who were trying desperately to pretend they were…hell, it was enough to screw with any psychic’s shields. At least, she’d prefer to think so.

To say her shields were compromised was putting it mildly.

This wasn’t a place she wanted to be.

And if she listened to her instincts, she’d leave because there was danger in every corner here.

She could feel it, all but taste it.

She hadn’t tasted it this strong since the night her sister Irina had died—been killed.

The night Vanya had killed her. Killed her and the demon inside her. At least she’d hoped the demon died. She didn’t know enough about the demons to know for sure. After all, nobody would tell her. She suspected not many could. Those who could weren’t talking.

A giggle pierced the dark shroud of Vanya’s thoughts and she braced her hands on the cool porcelain of the sink, made herself think. Made herself focus. She needed to get out of here.

Back into the club.

They were her main concern—the reason she was here.

She didn’t need to be worrying about a bunch of giggling, silly girls. Girls who were busy lamenting over a silly, sheer dress and whether or not any of them made a hookup tonight.

Vanya wished that were the biggest concern of her life.

That hadn’t ever been a concern in her life.

She rarely had time for it.

No—her biggest concern was currently centered around the demons who had selected this bar as a feeding ground. Even though they were stronger than her, faster than her…

Even though they could kill her with ridiculous ease.

But then again, that was her goal, wasn’t it?

She couldn’t really make any real progress until she died.

I’ve got a deal for you…

Like it was yesterday, Vanya could remember the night he’d come to her.

His name was Will. Or at least that was the name he’d given her.

He was one of the people who could enlighten her about demons. But he wasn’t too interested in sharing many details with her. At least not yet. In good time—that was his favorite line.

One would think he’d be more interested in talking to her, reassuring her. Considering he was trying to convince her to join him. And in order to do that? She had to die. Yeah, that was a real kicker. Some reassurance would be appreciated. But he never gave it, and oddly enough, she trusted him despite that fact.

She’d met him five years ago.

Five years ago—she’d been eighteen and alone, fighting against those things, like she’d been doing as often as she could, ever since she was sixteen when her sister had been taken over by them. Her sister, her friend, her only family.

He’d come out of nowhere. Dressed all in white, from the long, white leather coat, to the white leather shoes. On many men, it would have looked foolish. On him…it fit.

Vanya, covered in blood, still shuddering from the rush of adrenaline, had barely been able to keep the scream trapped behind her lips when the man practically appeared right in front of her.

Not that he had—that wasn’t possible.

But it sure as hell seemed that way.

He caught her arm. “I’m not looking for sex, Vanya. I’m looking for fighters. And that’s what you are. An hour of your time, in public, and I’ll buy you a meal.”

The exact right words—he couldn’t have offered her diamonds with a better result.

Her belly growled. It had been more than a day since she’d scavenged up a decent meal.

Although she had the money she’d stolen from her latest kill, if this guy was willing to fork over the dough…hooking her thumbs in her pockets, she studied him.

“A meal and fifty bucks,” she said, lifting her chin.

He smiled. “Not a problem. Shall we?” He gestured toward the road.

Plus, although the dark clothes she wore hid the blood pretty well, in the light, people would notice something.

“I’ll meet you. Someplace. Two hours. I’ve got a prior engagement,” she said.

“Ahhh. Yes. It wouldn’t be a bad idea to clean up, change your clothes, I imagine.”

The blood drained from her face—she felt it. Swallowing, she stared at his face. And although she didn’t like to do it, she lowered her shields, just a bit, prepared to jerk them back up in case he felt like…one of them.

What she felt was…

Weariness. Strength. And light—it was almost like she stood in the sunshine after years and years in darkness.

Hissing out a breath, she backed away, staring at him.

Judging by the look in his eyes, he’d known exactly what she was doing. He continued to watch her, waiting, a patient look on his face, as though he’d wait forever. As though he could wait forever.

Suddenly, she wasn’t so hungry and she didn’t think he was worth the fifty bucks or the free meal.

“Maybe not, but that deal I mentioned? It’s worth it,” he murmured. “You’ll end up dead, one of these nights, when you go out there. You’ll continue this quest, determined to kill those things before they take away somebody else’s sister, mother, brother, son…but this time, you’ll be the one to fall. The one to die. Or perhaps worse—you’ll end up one of them. It’s a risk and you know it. It’s a fear you live with. The nightmare that keeps you awake, even though you sleep only during the day when the sun shines bright in the sky.”

Terror squeezed her chest, her throat.

“Who in the fuck are you?” she demanded. “How do you know that?”

The smile curling his lips was sad. “Somebody not so different from you, sweeting.” He reached inside his pocket.

She grabbed her knife, brandished it.

And then felt very much the fool when he held out a crisp fifty dollar bill. “Yours…whether you meet me or not—the good Lord knows you could use a good meal or two on you. Your favorite restaurant. Be there. In two hours. Or not. But I mean you no harm.”

“What do you want?” she demanded.

“Meet me…or not. Like I said, I have a deal for you, Vanya. One that will make you faster, stronger…and you’ll be able to kill all the monsters you wish.. And they’ll never be able to take you over. That nightmare, the one that haunts you? You’ll be free from it. Forever. I promise you.”

He turned around and strode away. She stared at him, dimly thinking she hadn’t told him her favorite restaurant.

She shook her head, trying to make herself listen to common sense, and not that desperate, desperate hope. He’s just a quack, she told herself. One who hadn’t even asked her what her favorite place was, so how could he meet her?

“I’ll be there, Vanya. I promise. The question is…will you be?” he called out over his shoulder.

A quack—a freaking weird one.

Right in front of her. 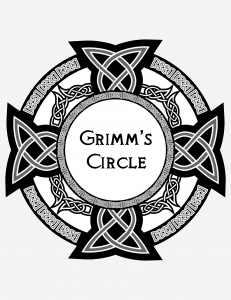 3 Replies to “Locked in Silence… #Grimm”