The result is ugliness.  Plain and simple.

People who read my blog probably know this-I’m not afraid of confrontation.  I actually kind of…well…enjoy it.  It doesn’t bother me, doesn’t faze me.  But I do get irritated when people think the answer to ugliness is to bring more ugliness into the fray.  It solves nothing.

What am I talking about? 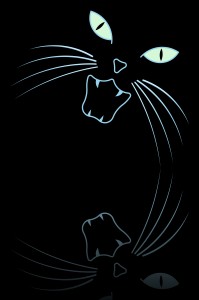 This rather unpleasant piece over at MarieClaire:  Should Fatties Get a Room (FYI… if you want to comment, comment away…but no need to get ugly).  It was written by freelance writer Maura Kelly, regarding a TV show- and had pieces like:

The other day, my editor asked me, “Do you really think people feel uncomfortable when they see overweight people making out on television?”

My initial response was: Hmm, being overweight is one thing — those people are downright obese! And while I think our country’s obsession with physical perfection is unhealthy, I also think it’s at least equally crazy, albeit in the other direction, to be implicitly promoting obesity! Yes, anorexia is sick, but at least some slim models are simply naturally skinny.

But … I think obesity is something that most people have a ton of control over. It’s something they can change, if only they put their minds to it.

Now, if you’re anything like me, you might be sitting there shocked that a so-called ‘reputable’ magazine actually allowed this to go live.  I kept hearing that Marie-Claire was supposed to be about empowering women, but um… not if they have lots of pieces like this, they aren’t.

Am I digusted by this article? Hell, yes.

But many of the commenters-the ones who are as bothered as I am, have disgusted me even more, I’m afraid.

There were comments made that about how the world would be better if the writer didn’t exist, how she should hang herself, comments calling her an ignorant bitch, etc, etc, etc.  Now it’s easy, very easy to say things when you’re pissed.  When there’s a lynch mob mentality?  Even easier.

Now we have lynch mob mentality and there is access to data that the public-especially those in the lynch mob mindset, didn’t need to have.

You want to make them see your fight?  Don’t get ugly.  Show them your side.  I saw this over on Jezebel first and I’m copying from there as I’m not wading into the 900+ comment stream to do it.

From commenter Beth over at the Marie Claire post-Should Fatties Get a Room:

Dear Maura Kelly, I sincerely apologize for my disgusting body and all the various rolls of fat on my person. When I married my fat husband back in June I didn’t realize it would offend anyone when we got to that “you may kiss the bride” moment, or we would have skipped it. If I’d realized how unacceptable it is for me to have love or happiness, I would have called the wedding off entirely, of course. I have told my husband that there will be no more kissing or cuddling or FATTY SEX until we both lose some weight. I hope he understands… I really am so sorry for being so fat and happy all this time! In your very honest and sensitively written article “should fatties get a room?” you write that fat people should walk more, yet you also write that fat people walking across a room is something you find disgusting. I take long walks around my neighbourhood most days, is this too much? I want to find the correct balance between getting thin and not upsetting anyone with my jiggling body parts. I also swim twice a week and go to the gym once a week, are these activities also disgusting to you? Perhaps I should start doing these activities at night so nobody has to be offended by them. Do you think that would be best? I don’t own a television so I haven’t seen Mike and Molly. But I do hope they take garbage like off the television soon. As you say, it’s implicitly promoting obesity. Surely anyone who watches it will see the yucky fat people making out and suddenly think to themselves “I should gain some weight, that looks like fun.” And then where would we be? By the way, I haven’t ever had any health problems before but if anything does come up I’ll be sure to stay away from the doctor so as not to be a drain on anyone’s health costs. Thank you for writing this meticulously well researched, world-changing article. I really think you are going to cure obesity with this! Yay! Your plump friends are very lucky to have a friend like you who is in no way a hateful bully or an ignorant sizeist jerk. Best wishes, Beth

Is she using some snark there? Absolutely.  But she’s also pointing out the numerous flaws in a very flawed article, doing it in a way that probably had the writer cringing-after all, Maura Kelly says she’s disgusted by the sight of fat people walking.  Yet then she wants them to walk more.
So here’s an open letter to all sides, the ugliness that came from Ms. Kelly, the editors at MarieClaire who really should have thought about letting it go up, and those who are going off the handle with their rage:
Ms. Kelly, the editors are Marie Claire & the angry commenters:
Ugliness is a nasty, bitter circle that only stops when somebody breaks that circle.

Was Maura Kelly wrong? Hell yes.  I think Marie Claire was wrong in allowing that piece to get published as it was and if Marie Claire or Maura Kelly didn’t expect to see some sort of response coming, it was foolish on their part.  Maura Kelly is no innocent victim here.

I also think MarieClaire needs to be a little more vigilant in watching comments-particularly when it becomes apparent things are getting out of control-I’m sorry but there is no excuse for you to keep allowing people to post her private info.

Maura Kelly, I feel, would be best served by a more sincere apology.  A sincere apology consists of just that- I was wrong.  I screwed up and I apologize.  No excuses, no rationalizations, just the apology.

Marie Claire would be best served, I feel, by actually empowering women instead of posting things that perpetuate the constant we must look perfect image.  And yeah, I can say that’s the image they perpetuate, because the image that’s now emblazoned on my mind, other than that ugly piece is the unnaturally-thin model they use on their twitter page.

And the commenters who are telling her the world would be better without her?  Calling her nasty names?  Do you really think that’s going to change her mind?  Is it going to make Marie Claire see the problem?  No.  All they are seeing is the fury and the ugliness and it makes them want to form a line of defense, which means they likely won’t change.  I’ve said it before, but ugliness makes nothing change.

Ms. Kelly’s ugliness likely didn’t make any overweight person want to lose weight.  Attacks rarely do.  What often inspires people to lose weight is when they finally find the need to change and that has to come from inside and the ugliness from others will not do it.  Too often, it just makes it worse.

Morbid obesity is becoming a huge problem is the country-it’s something I would see regularly in children when I was the doctor’s office full time and you want to talk about sad?  Try explaining to a slender mom who is letting her obese child eat Fritos right there in front of you, drinking a coke, that she needs to get the eating habits better now before it’s too late, while the child is in preschool, elementary school and she has some control and the mom just smiles and said, oh, it’s baby fat…and five years later, that elementary school child is in middle and almost 300 pounds.  It’s enough to break your heart.

Yes, morbid obesity is something that can be changed.  But if it was as easing as simply moving?  There would be no weight problems, and once you become morbidly obese, it’s not even a matter of cutting calories-it takes more.  Often you have to fight the right foods to eat for you, it takes support from your family, it takes a commitment that is unlike anything you’ve ever imagined.

I wasn’t even in the morbidly obese arena when I decided I’d had enough and it was still the hardest damn thing I’d ever done, the hardest thing I’m still doing.  Another 20 lbs to go before I hit my goal, even though I’m down 60 lbs.  But if it was easy?  I would have done years ago.  If it was easy? Something that, as Maura Kelly says, we have a ton of control over?  There would be no issues with weight.  If Maura Kelly is, as she says, a recovering anorexic, then she should understand the struggles with body image, how the mind plays tricks on you.  And that right there is one of the biggest obstacles and why so many people struggling with their weight fail, why that support system is so crucial…and why hateful articles are so detrimental.

But on the flipside…her hateful commentary doesn’t mean she needs to be told she should go hang herself. She doesn’t need to have people posting her private info.

8 Replies to “When there is hate on both sides…”