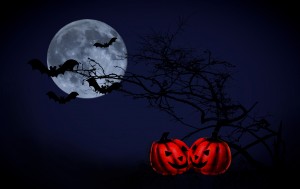 I’m feeling lazy.  Rough week, although I did get to go out Friday with the DH and relax.

Instead of thinking of something wickedly clever, I’m just going to share another excerpt from Tarnished Knight-FYI, it’s out now…

Jack shuddered as her mouth opened under his. She tasted like cinnamon and cream and honey and heaven and damn it, he didn’t think he’d get enough of that taste. Then she tore her mouth away from his and he growled, reached up and fisted his hand in her short, silken hair. “Kiss me,” he muttered against her cheek.

“This is insane,” she whispered.

A sigh shuddered out of her. “I can’t be doing this.” Her shoulders rose and fell and Jack found himself staring at those sleek, pale curves. Soft…

Without realizing it, he found himself lowering his head and pressing his mouth to one shoulder, left all but bare by the skinny strap of her tank. Soft…smooth. Hmmm.

He touched his tongue to her skin. She stiffened, then shuddered.

Turning around, he walked blindly until he could put her down on the counter by the refrigerator. Lifting his head, he stared into her dark eyes, watched her face as he slid his hand under the hem of her shirt. Simple, basic cotton—nothing fancy, and yet it would be a pleasure to peel away from her.

An image flashed through his mind.

Her…her hair long and luxurious. Her lean body had been softer then, clad in a lush gown of velvet.

A man was with her, and he was peeling that velvet away from her body. Slowly. Teasingly. And watching her with a look of such love and awe. They knelt together on a blanket.

It hit him in the gut like a punch and he should have pulled away.

Would have pulled away.

But then Perci rested her hands on his forearms, stroked up. The image shattered, fell away under her touch. Need and hunger swamped him. She cupped his face in her hands and tugged his mouth to hers.

“I thought you said this was insane,” he muttered against her lips. Pull away, Jack. Something strange is going on here, man.

“It is. I’ll figure it out later.” She caught his hands and guided them to her breasts. “Touch me…damn it, please touch me. I… Shit, I feel alive when you’re touching me.”

There was something so broken, so raw in her voice.

He couldn’t not touch her. Couldn’t not cup her face in his hands, lift it to his and brush his lips over hers. “I think I like the taste of you,” he muttered. “The feel of you.”

He wanted to make love to her…gentle, slow. Needed it.

But she didn’t want gentle. Greedy, hungry, she skimmed her hands down his sides, grabbed the hem of his shirt and jerked it up and over his head. As she bared his chest, she leaned forward and nipped at his nipple with sharp teeth. “I don’t want slow, and I don’t want soft and sweet words. Fuck me,” she said, tipping her head back and staring at him.

She scraped her nails over the denim-covered ridge of his cock and Jack shuddered. Reaching down, he closed his hand around her wrist. “Is there any reason to rush?” he muttered against her mouth.

She cupped him with her other hand and squeezed.

Groaning, he caught that hand as well and then penned them behind her back. He lifted his head to stare down into her glittering, hungry eyes. “What’s the rush, princess?”

She snarled at him. “Don’t call me that.”

“Fuck, but I think it turns me on when you glare at me,” he muttered, dipping his head and nipping her lower lip. Then he licked it with his tongue and kissed a trail down along her chin, her neck, until he could bite her gently through her bra. “I want to see you naked.”

“Then let go of my hands and I’ll get naked.”

He smiled at the command in her voice. “And what if I’d rather be the one to get you naked?” He let go of her hands, but before she could take care of her shirt, he did it by reaching up and grabbing the neckline. He smiled down into her eyes and watched the surprise flicker as he tore the thin cotton apart.

Her breath caught in her throat and she glanced down, stared at the torn tank top before looking back up at him. “You forgot something.” Then a smirk twisted her mouth. “Although I bet you can’t tear the bra quite so easy. They make them pretty sturdy.”

That smirk…damn but it turned him on, and he was already so fucking hot, he hurt. “I can think of a way to get it off.” Holding her gaze, he reached up and grabbed one of the blades he had on the refrigerator.

He kept sharp, shiny objects in a variety of places all over his house. It had saved his ass a time or two.

But this time, it proved to be worth it for a different reason.

As he pulled the blade down and slipped the tip of it under her bra, he watched her eyes widen, watched as her lashes fluttered.

“You scared?” he teased.

Not that he really thought she would be, and he wasn’t surprised when her brown eyes opened and she smiled at him. “Of you? No way in hell.”

“If you stop, how are you going to finish getting me naked?”

He gave the slightest flick of his wrist and watched as the blade cut through the lace and silk. Her eyes went dark, and as he reached up and pushed the straps off her shoulders, she smiled at him.

Just one look from her was enough to make him weak in the knees.

He laid the knife down and she glanced at it, flicked him a look from under her lashes. “What, you’re not going to cut my pants off too?”

“Don’t tempt me,” he muttered.