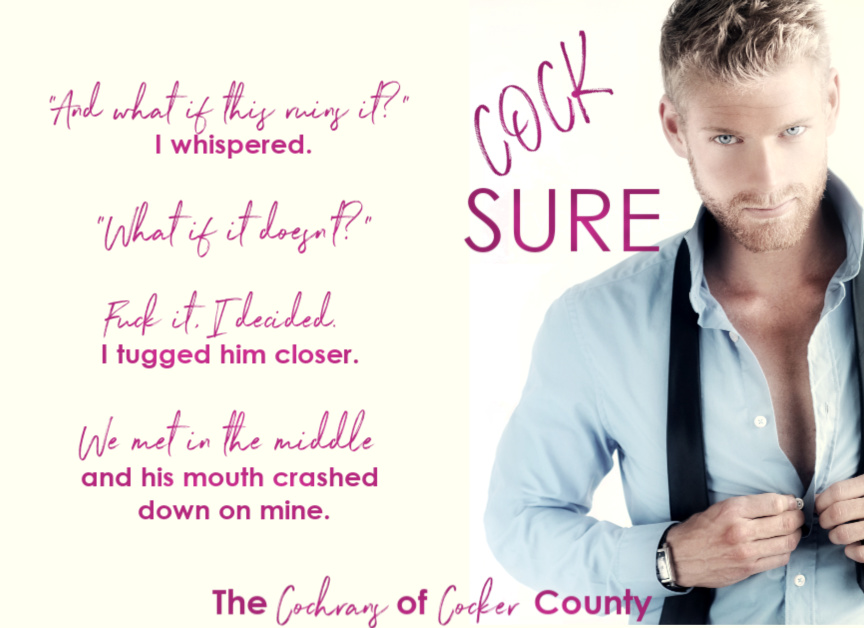 And if you’re a trope lover, this one is trope-tastic.

✔️ plus sized heroine… she jumps between 14 – 16 and the heroine thinks she’s the hottest damn thing ever.

Have you pre-ordered COCKSURE? 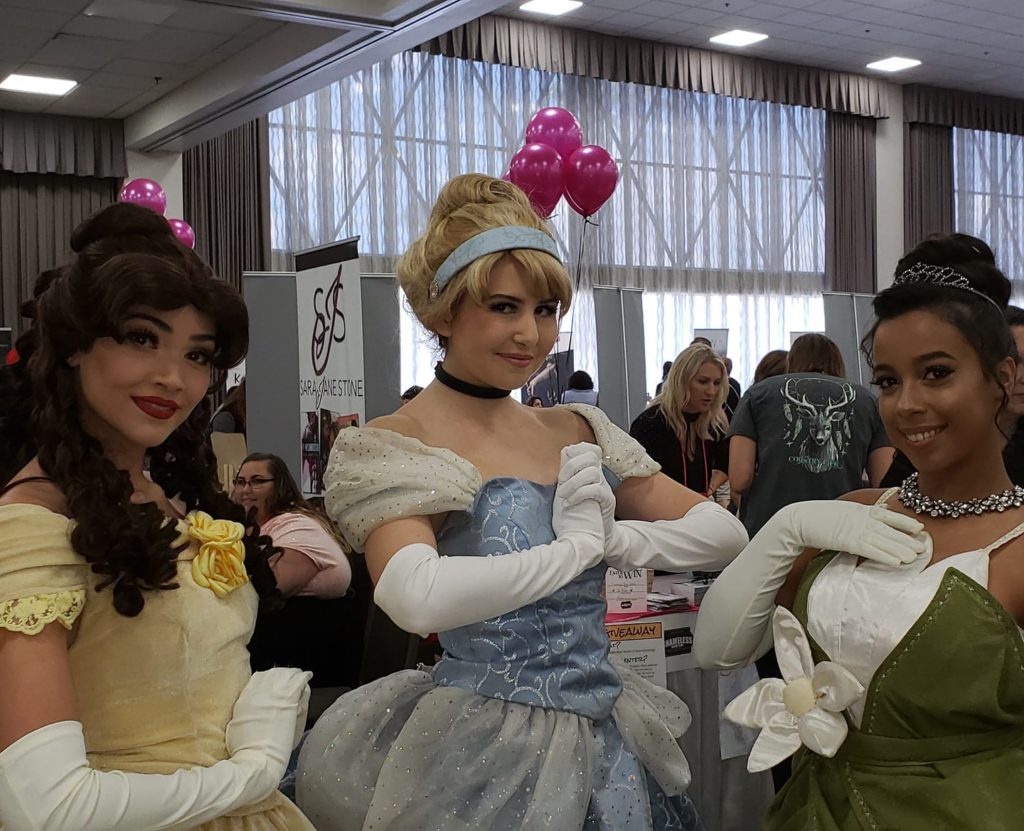 Spent half of last week in Florida. This time, Bratlet went with me as my official assistant. It was her first time doing so and she had a ball.  As her payment, we went to Universal, bought wands and cast spells, as one does.

On Thursday night, we walked for hours at the Halloween event they have at night with a reader friend, MK, who was amused by bratlet, and amazed me with her patience. This is the second year in a row for MK and me to hit the haunted houses at Universal, and…oi. I’m not getting any younger.

Friday, a writer/blogger friend of mine, Natasha, showed up.  She was rooming with me for the event and delighted bratlet with a pair of cat ears decorated with roses. Bratlet loves cat ears… the kind you wear on a headband? LOVES them, and Natasha had an extra pair, which she gave to bratlet. Kid was over the moon.

Then starting Friday night, I hit the ground running for Shameless Book Con. After the cocktail party, I had to get some freelance work done and ended up talking with fellow author, Seleste Delaney for hours. First outside, then at the bar and we chatted with readers who came and went, too.

Shameless is a wonderful, open environment and Angie and her smuffins (smut-muffins) outdo themselves every time. One of the best things about an event like this is how laid back it is.

There’s plenty of time to sit and talk with fellow authors, to catch up with readers you’ve met at previous years, or meet new ones. There are always groups of both authors and readers hanging out in the bar or on the patio, just chatting and talking…sometimes about books, sometimes not.

There are meet-ups for newbies and those coming alone so nobody needs to feel out of place or anything and the whole vibe is casual and welcoming. Well, casual up until the madness starts.

And that madness…Saturday, hundreds of authors and readers overwhelmed the Doubletree Hilton at The Entrance to Universal. The signing started at 11, lasted until 5 and was packed almost the entire time.

And if all of this was at Universal, why are there Disney princesses? Because next year, we are going to DISNEY! Hot damn.  I love it when I get to say I’m going to Disney…for work purposes.

You should join us. Shameless Book Con is epic, easily one of the best book conventions I’ve ever been to, even if I do end up cramming my office full for weeks on end with pre-orders, swag and other assorted sundry goods needed for such an epic event.

I had dinner with another reader friend SH after the signing, somehow managing not to fall asleep in my food. After that, Bratlet and I trudged back to the hotel room. She told me she’d drag me if she could but I was just too heavy.  I was worn out at this point and had to skip the big gala at the end.

Now I only need about a month to recover…maybe. If I’m lucky.