Said with love from Shiloh.

I was going to write this post on Sunday, but upon seeing the news about the Pulse shooting, I held off. I need to write it now before I forget.  I spent the weekend in Alabama for the Heart of Dixie Readers Luncheon, which was fabulous.  Kristan Higgins was the speaker and she was wonderful. 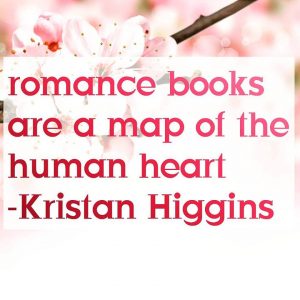 She hit some excellent points when she was talking, and this one really hit home and I wanted to share.

After the luncheon and signing was over, I was killing time down in the lounge area and ended up talking to some ladies who’d driven down from Ohio.

One of them wants to write. As a matter of fact, she does write.  Like a lot of new writers, it sounds like she keeps rewriting the same chapter…over and over.

And yes…a lot of new writers do this.  I think the reasoning is because they read their writing, then read the books they read and think…It should be more like that, or they are aspiring to perfection from the get go.

But perfection never happens.  What does happen is learning how to hone your own voice, and that doesn’t happen until you’ve written a couple of books.  I think it was Sylvia Day who said this…

“I think it took me maybe a million words before I discovered my voice.”

And if you’re wondering what that means…?

At another event I was out to dinner with a couple more writers.  And this is awful, but I can’t remember who asked me.  She asked what kind of stories I wrote–she didn’t mean genre. She went on to explain that she wrote about tribes…families.  After a minute, I responded, I write about broken people…and how they put their lives back together.

Writers tends to have a core story.

Nora Roberts writes a lot of families, for example.

Discovering your voice, and that core story, takes time…you have to write several stories before you figure that out.  And that first story, that second story? Probably even the third one are going to suck.  Very few writers publish their very first book…and most of us are fine with that.  My first story was written in purple ink in seventh grade and noooooo….I don’t want it published.  Write that first book, then put it away.  Then write another. And another…by the time you’re ready for the fourth book, you’ll start understanding more about your voice, more about your core story.

Well…to quote another writer? Paraphrasing here, because it’s been a couple of years, but…

It’s meant to be hard.  If it wasn’t, anybody could do it.  It’s the hard that makes it special. -Nora Roberts, RWA Keynote Speaker, 2010