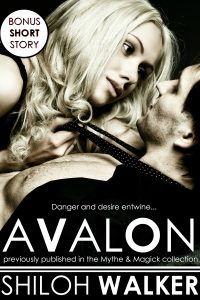 I decided this one didn’t fit in as well with the Mythe story-Mythe is more fantasy romance while Avalon is paranormal, so I’m reissuing this as a standalone title.