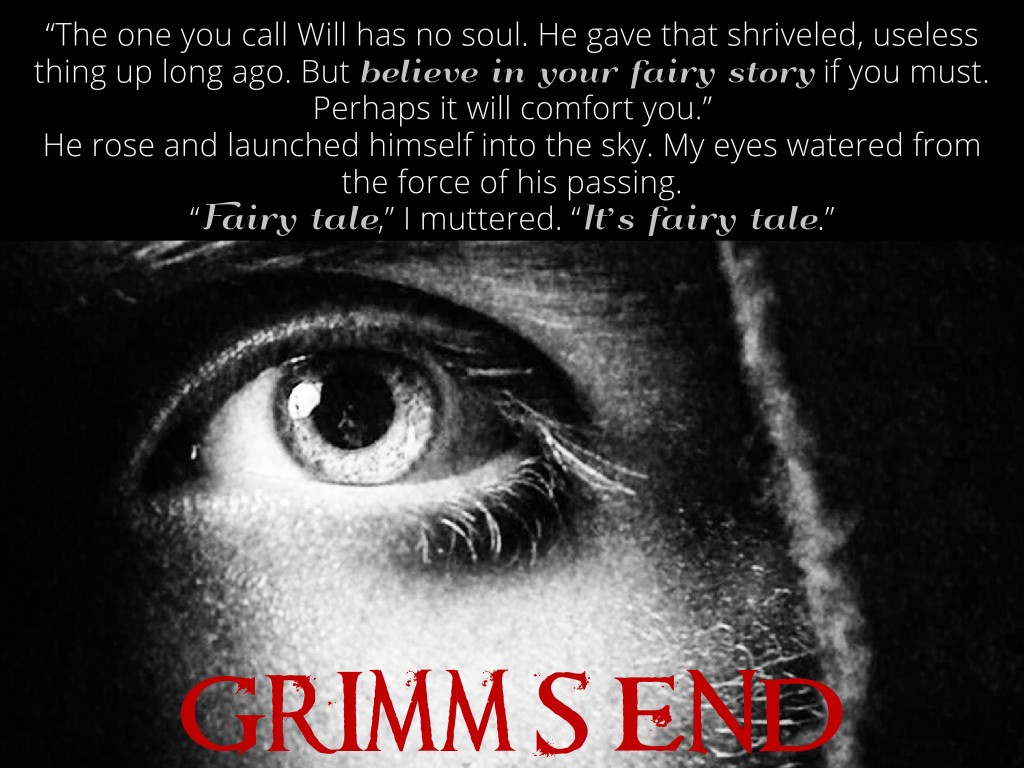 Despondent, I reached out and fisted my hand in the grass.

Black feathers appeared in my line of sight and a moment later, gold-dusted skin followed.

Crow sat in front of me and finally, I looked up.

He arched a brow.

“You will not speak?” he asked softly.

“It isn’t my fault the traitor is gone,” Crow said, lifting a shoulder. “He owes a debt he can never repay.”

Oh. That was so the wrong thing to say.

I was on my feet. I didn’t even recall moving. Shoving my face into his, I jammed a finger into his chest. It was like trying to shove a finger through a boulder. He didn’t budge. I just shoved harder. “I don’t give a damn what debt he owes. If you got a problem with him, that’s your tough luck. You clearly have no idea how many lives he’s saved, how much good he has done. Whatever he fucked up back in the day? I think he’s square with the house again.”

I could all but see him puzzling through what she’d said. Yeah, yeah, yeah…I’d used modern talk with somebody who was clearly not modern. The weight of his years hung over me like an oppressive cloak, grabbing at my neck, all but choking me.

Will and Sina had that kind of feel to them, but Crow was even more so. I don’t want to think about how old he was. Once, I’d managed to get enough information out of Sina to make a stab at her age. She wasn’t quite two thousand years old, but she was close.

Will was—and damn it, he was still alive—older.

Crow had even more age to him—I could feel it weighing down the air around me.

I think he’d been human once, but he now made no attempt at being anything but what he was. Other.

“Yes.” I went back to staring at the spot where I’d last seen Will. “He’s paid his debt, and then some.”

Sometimes I thought that if I stared hard enough, if I waited long enough, he would just come back. He could find his way back.

“Foolish child. You don’t even understand what he did. How can you decide if he has paid?”

“He’s got more than two thousand years of paying under his belt,” I said, shaking my head. “He’s been forced to kill and bring people back, forced to watch everything he knows, everybody he knows die and watch as the world changes all around him—and he’s still here. You think that’s not an acceptable payment?”

I looked up at him.

“He’s given up his very soul. What else must he give up?”

Crow made a derisive snort. “The one you call Will has no soul. He gave that shriveled, useless thing up long ago. But believe in your fairy story if you must. Perhaps it will comfort you.”

He rose and launched himself into the sky. My eyes watered from the force of his passing.

And I’d do just that. I had little else left to believe in.