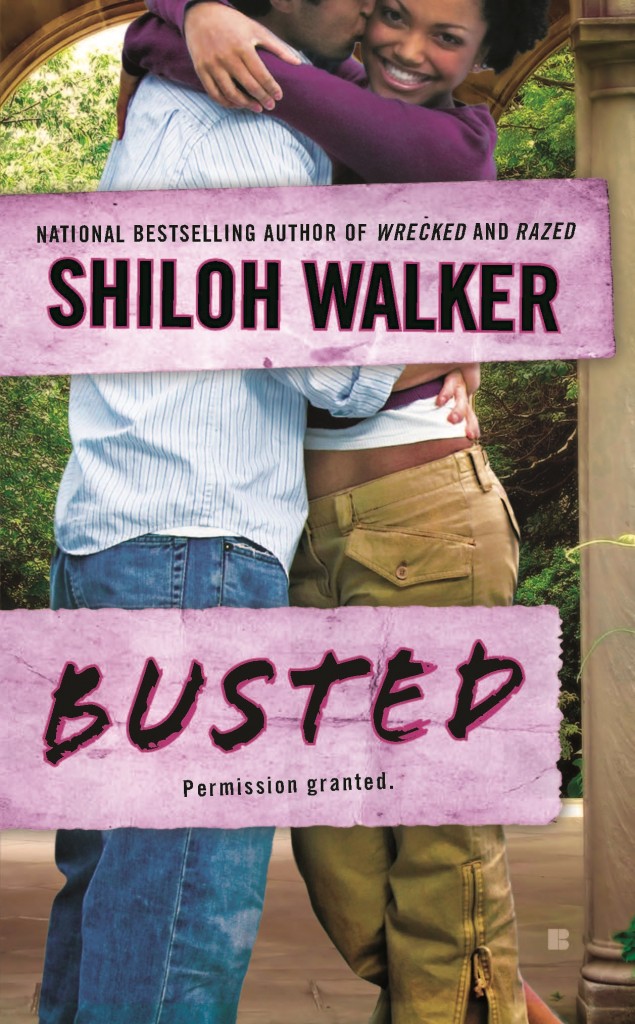 Man, oh, man…is this cover amazing or what?

Here.  A snippet.  FYI, this is unedited and may change during edits.

The first time Trey Barnes saw her it caught him by surprise.

Not because he knew her.

Not because of anything she did.

But because it had been six years since a woman had caused this kind of reaction in him.

So it was a punch in the gut when he walked into the Norfolk library for the kid’s reading program and saw her.  His tongue all but glued itself to his mouth and his brain threatened to do a slow meltdown.

The woman was kneeling down in the middle of a circle of kids, a smile on her mouth.  A mouth slicked wine red and he suddenly found himself dying of thirst.

It had also been six years since he’d touched a drop of alcohol, but in that moment, he found himself imagining a glass of wine.  Wine…wine-red lips, wine-red sheets and the two of them stretched out on a bed as he ran his hands over that warm, lovely brown skin.

His son’s voice dragged him out of the fantasy, rich and lush as it was, and he shook his head a little to clear it.  A heavy fullness lingered in his loins and he was glad he’d gotten used to look like a bum.  The untucked shirt had fit him well enough when he bought it years ago, but the weight he’d lost after Aliesha’s death had stayed off so the shirt hung loose on his rangy frame.  Loose enough that he figured it would hide the hard-on that yet to subside.

A few minutes surrounded by chattering preschoolers ought to do it, he thought.

Clayton let go of his hand as he got closer and he reached up, nudged his sunglasses down.  As he’d retreated farther and farther into hermit mode, fewer people recognized him, but he rarely went anywhere without something hide his face.  Between the hair he rarely remembered to cut and the sunglasses, people didn’t often recognize him these days.

A shrill shriek split the air as two kids started to fight over a book.

That’s going to do it, he mused.  Blood that had burned so hot a minute before dropped back in the normal zone.

Only to jump right back up into the danger zone.

Miz Sexy Librarian was standing in front of the two kids.

And fuck… her voice was a wet dream.

“Now I know you two weren’t raised to treat books that way.  Do you do that at home?”

Two pint-sized little blond heads tipped back to stare up at her.  Trey barely noticed them, because his gaze was riveted on the plump, round curve of her ass.  How could he not notice that ass?  She wore a long, skinny skirt that went down a few inches below her knees and her stockings were the kind with a seam that ran up the back of her legs.

He passed a hand over his mouth.

Hell of a way to realize he could still get aroused—in the middle of the children’s section of the very public, very busy Norfolk library.  Gritting his teeth, he focused on the ceiling.  Would counting sheep help?

That whiskey-smooth drawl was like a silken hand stroking down his back…or other things. He cleared his throat. Speak, dumb-ass.

Mentally blowing out a breath, he watched as his son rocked back and forth on his heels, smiling up at the woman.

“Are you here for the program?” she asked.