I have a book in there!  Lookit! WRECKED made it into the finals… 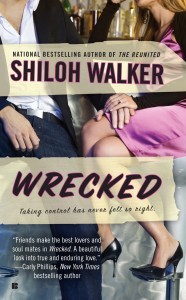 So, in the DABWAHA (pronounced dah-BWAH-ha-an important fact according to Smart Bitches & Dear Author) way of things…trash talking, bribes and sexy menz are part of the game.

I offer my first bribe… A scene from RAZED.  RAZED is the second Barnes brothers book, featuring Zane & Keelie, but this scene is Zach & Abby…at their wedding.

Abby turned her face to his.  “You’re awful.  You just asked that ten minutes ago.”

“I meant it just as much then as I do now.”  He cupped her face, stroked his thumb over her lips.  “You look beautiful.”

A dreamy smile curved her lips.

“You two are killing me.”

Keelie glanced up at Javi settled in the seat next to her, his wife taking the other seat.   “Javi, be nice,” Aida warned, her eyes dancing with humor in her round, friendly face.  She smacked her husband in the arm before propping her elbow on the table and resting her chin on her palm.  “The two of them are adorable.”

Keelie slid Zach and Abby a look.  “Adorable sums it up.”

At that moment, Abby gave them an amused look.  “If you keep calling Zach adorable, he’s going to find somebody to arm wrestle just to prove his manhood.”

“Hush!” Abby said, but there was laughter lurking under the words.  “This is my wedding and I’m going to enjoy it.”

Zach leaned in, murmured something to Abby that had her face going red.

If you give me votes and help get me through to the next round when it starts next week?  I’ll offer another snippet, or maybe write a scene, just the two of them.