FYI, this isn’t a post about attacking reviewers.  I don’t buy into that crap, it pisses me, I hate it, I can’t stand it.

However…I’m bothered by a site that supposedly charges authors for positive reviews, yet doesn’t really disclose that.

I’m bothered by the impression that some writers, especially new writers might think this is cool and that’s how authors do things. (My opinion…No, no, no, no, no).

I’m bothered by a site that then gets upset with the author who blogged about it…heaven forbid people actually know about stuff like that.  I’d think it should be discussed on the website that the reviews are are kinda bought and paid for, but hey.

It’s all a very screwed up mess, and you can see the cache of it right about…HERE!  Yes, I saved a screencap.  (You should be able to click on it to read the whole thing…the author removed it but google cache…well.  The internet.  It’s forever.)

To the newbie writers/aspiring writers who read my blog:

Those negative mean-girl reviews that poop on the pony parade are not actually going to kill your career.  I promise you.

FYI, opinions are expressed in this post-my blog, I’m allowed.  Before somebody decides to rant at me about defamation, they might want to read up on what defamation actually is…Defamation of character…tends to require intentionally false statements.

Jane (a real lawyer) over Dear Author actually did a nice little breakdown of it.

Because the Chicklit thing is just stupid, IMO, it’s not really insane.

Here’s some crazy.  FYI…I’m not linking to the site.  Like others, I’d rather NOT give the idiots who created the site any more attention than they deserve.  Instead, I’m linking you to Foz Meadows-Foz had done a pretty good run down on the issue.

Basically, a small group of people decided they’d ‘had it’ with the ‘bullying’ on goodreads.  What is their version of bullying?  “Mean girls who write snarky reviews”.  (My opinion… this is BS.  Authors put out books for public consumption-they then face public opinion.  You want to write?  Deal with it.  It’s not always fun, but then again, who promised life was an easy ride?)

So, to ‘pay back’ those who write these mean reviews, they have, in essence, started stalking them (that’s how it appears, at least…they’ve ‘outed’ people, posted personal details, including names and pictures and home towns) and they claim they are doing this to ‘speak up against bullies.

Yes, because the exact way to speak up against bullies is to cyber stalk.

Carolyn Jewel has an awesome post about her thoughts on this, and although I’ve spoken my mind on twitter, I felt moved to the same.

In my mind, I have no doubt that the people running the ‘bully’ site are authors.  Nobody but writers are that attached to their books.  Most of us, though, have a functioning brain stem and we realize that people are actually allowed to form opinions, and hey, they can even hate our work.  That doesn’t constitute a negative attack.  We get that.

To those running the site? 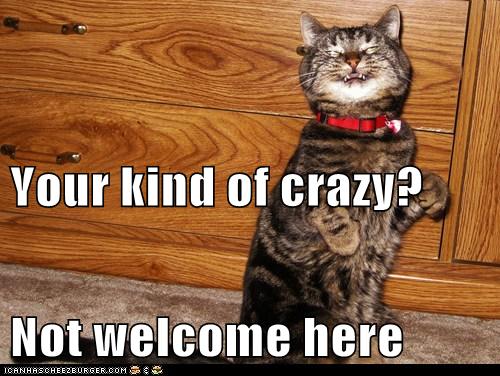 Am I concerned about the fact that people think it’s okay to post personal information?  Yes.  I have young kids.  I protect them by protecting my privacy.

Aside from that, I’ve had a few unpleasant encounters that I’d rather never have again and that I’m not going into detail about, but it’s enough that I decided early on I’d do better by protecting my privacy.

I’m horrified by anybody who thinks it’s okay to post somebody’s personal info out there.  Women are very often the targets of crazy-ass stalkers and they don’t have to do much of anything to catch the attention of those crazy-ass stalkers.  FYI… they are crazy.  They don’t need a reason to fixate.

I’m absolutely disgusted by the shit taking place on that site.

For my readers/regular visitors, please do not go to the site.  Please.  They are a bunch of attention-mongering haters and every click feeds their need.  You can get the run down very well at Foz’s site, but I did want to speak my mind on this.  Silence perpetuates bullying and what they are doing?  Bullying in the extreme.

3 Replies to “So…on paying for reviews, on rabid attack sites and other shit”