Keep in mind, guys, this trilogy works best when read in order.  No major spoilers in the snippet, though.  Maybe a minor one or two. Snippet is from my editing copy so it might have typos. 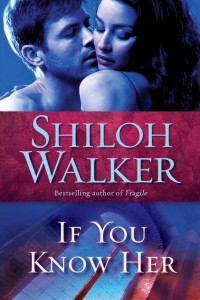 The house was silent…completely and utterly silent, save for the slow, measured sound of Law Reilly’s breathing as he lifted the bar up, lowered it, lifted.

Sweat rolled down his brow, along his arms.  He ignored it, focusing on the weighted bar.  Just like he ignored the trembling in his arms—especially in his right.  That arm, still trying to heal from that bad break, didn’t seem as strong as it should be, and by the time he was done with the third set of reps, his muscles were quivering, all but begging for a rest.

He ignored them, moved to the next set of exercises, and the next.   It wasn’t until he’d worked his body into a numb state of exhaustion that he let himself leave the gym he’d set up in his basement.  On his way down the hall, he passed by a closed door.

Months ago, it had been his office.

Now, it was nothing but unused space.

A while back, he’d finally admitted the obvious and moved his books and everything else out of the room, turning his living room into his office.  Wasn’t like he had a lot of company out here anyway.

There was just no way he could work in that room again—that room where a man had died, slowly, painfully.  Although the professional team had gotten the blood out of the floor, although he’d redecorated, even put down a new floor, he couldn’t look at the room without seeing it the way it had been that night.  Without seeing the blood.

Shit, there were days when he didn’t even wanted to live in this house—it wasn’t just the office, but the house.  But Law wasn’t about to give in to that—wouldn’t let the bastard win that battle.

He’d keep his damn house, but the office…no.  He wasn’t fighting that one. He couldn’t stand to go in there—even though it no longer looked anything like it had looked all those months ago.  Law still couldn’t look at that room without seeing blood.

Without remembering how a guy he’d known in elementary school had killed a cop in there, then tried to kill Law, and Hope.  Shit, there were days when he thought if he had any sense at all, he would tear this damn house down, build a new one.

Screw tearing it down—burn it, and salt the earth, make sure no demons from the past could rise to haunt them.  Then he’d move to Fiji, buy a shack on the beach and write from there.

But he was too fucking stubborn to do that.  Too stubborn, too determined.

And he knew the demons would still be there anyway.

The demons lived in his memories, not in the house, not in the earth.  He couldn’t eradicate them from his memory, so he’d just have to deal with them, live with them.

Those memories weren’t going to win, damn it.  They weren’t.

Joe was dead, Hope was safe and she was happier than she’d ever been in her life.  It was over.  Completely over.

He’d just started up the steps when the phone rang.

His muscles turned to lead as he turned to stare. It was late.  There had been a time when late calls wouldn’t faze him but after the past year, it was hard to ignore the dread creeping through him.  Hard to ignore the worry, the fear.

Scowling, he moved to the phone, stared at the caller ID.

Virginia.  Did he know anybody in Virginia?

The machine picked up and he stood there, dumbly, as a voice rolled out.  Low and smooth, soft and sexy as black velvet draped over a woman’s nude body.

Yeah.  He hadn’t forgotten.  They’d met the day she accused him of killing her cousin.  The day she’d punched him, drawn a gun on him—not exactly the sort of woman a guy was going to forget.

Without realizing what he was doing, he reached for the phone.

“Ah…hello.  This…okay, this is awkward.  My name is Nia Hollister.  We met a few months ago—”

“I remember.”  Short, silken, dark hair.  Big gold eyes.  A mouth that he would have given his right arm to taste.  Long legs.  Attitude.  Grief.    And a gun…mustn’t forget that gun, or the fact that she’d come onto his property ready to kill him, and Hope, if she’d decided they had something to do with her cousin’s death.

Stupid, he knew, being that hung up on a woman with that kind of reckless disregard.  But he couldn’t help himself, couldn’t stop thinking about her, even months later.

“Yeah. For some reason, that doesn’t surprise me,” Nia muttered, her voice low and soft.  Then she cleared her throat.  “Look, I’m sorry to be calling so late.  I just wanted to…well…”

Her voice trailed off.

Law cocked a brow and leaned back against the wall.  “You wanted to what?” he asked when her silence stretched from a few seconds into nearly a minute.

“I…shit.  Has anything else, um, weird happened in Ash since well, you know, that shithead died?”

“Weird.”  Law ran his tongue along his teeth and tried to get his brain to think about something beyond the physical images.  But he wasn’t having much luck.  “Define weird.”

She muttered under her breath and then abruptly said, “You know what?  Forget it.”

3 Replies to “IF YOU KNOW HER…snippets.”