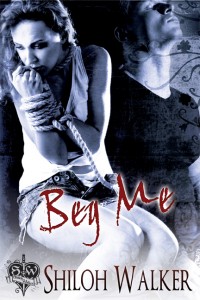 Out now. Well, at Smashwords.

It’s pending at Amazon. I have no control over when it goes live at Amazon.

FYI, Smashwords does sell the various formats so you should be able to get it on your Kindle, and I know you can get read other formats on the Nook, like epub, which can be read on the Nook.  All you need to buy at Smashwords is a paypal account and the book is only $2.99 and it’s available worldwide.  If you’re not sure how to get it to your reader…well, when I do it, I plug in my reader, download the book and then save it to the reader-the reader shows up like an external disk drive.  Other more techie types can explain it better than that, though.

FYI, I’m listing the Kindle buy link because it will show up there, but I’m aware it’s not live yet.  Again, I have no control over that…Regarding other outlets (ie: Kobo, Nook, Sony, Borders), Smashwords does have a premium catalog and more than likely, this book should make it into that which will get it available to those outlets, but that takes time and it’s in Smashwords’ hands, not mine.  I’ll keep an eye on the updates and once I know, I will post the info to the blog.

Drake told himself he could get through this—he told himself he wasn’t about to lose it, thinking about how sexy and sweet she looked in a short, flippy little tan shirt that left too much leg bare. He told himself he wasn’t all but drooling as he thought about the breasts under her close-fitting, clingy black top. He also told himself the dinner had been delicious, but he couldn’t remember what it tasted like or what he’d even eaten twenty minutes ago. Some kind of chicken. He thought. Or maybe pork. Right?

*UTA: for the print readers, I’m sorry, but I don’t know when or if I’ll get this into print…if this project goes well, I’m considering doing another one.  If that happens, then yes, I’ll likely look into combining the two stories to make them long enough to put into a print single-author antho.  Should that happen, I’ll post info to the blog, but I won’t know about that for a while yet.