Her body was long, lean, and strong, thinner than it should be, and the sight of her was enough to lay him low. His sexy warrior. No, she wasn’t just a warrior, she was a warrior queen, and he felt like he should be on his hands and knees in worship.

Hmmmm . . . not a bad idea. As she stood up in front of him, he reached for the waistband of her shorts, but before he could strip them away, she stiffened. From head to toe, her body tensed, and she pulled away.

Shaking her head, she flung up a hand and rasped, “Stay back. Oh, God . . .” It was a harsh, tormented moan. Slowly, she sank to her knees and doubled over, her arms wrapped around her middle like she’d been punched right in the gut.

Frustrated, helpless, Cullen stood by watching until she fell over in the sand, and then he couldn’t hold still any-more. A weak whimper escaped her throat as he scooped her into his arms and sat there, holding her in his lap. Stroking a hand up and down her back, he murmured to her and brooded. Prayed. He kissed her temple and rocked her back and forth, and all the while, she curled into him. She didn’t speak. Occasionally, there was a soft little mewling sound, but that was it.

Cullen didn’t know how much time passed. He lost count of the waves that crashed into the sand. The tide moved out, and water that had been lapping just inches away from his feet was a good five or six feet away. The clear, flawless blue sky slowly started to deepen and darken, the moon making its ascent while the sun still burned, sinking closer and closer to the horizon.

The setting sun had started to paint the sky with a pal¬ette of orange, gold, and pink when Taige finally moved. Deep in her throat, she made a harsh, guttural moan, and her spine bowed, her neck arching back. For the first time, he saw her face.

An icy chill ran through him when he saw her eyes. They were black. The pupil was so huge, it had all but eclipsed the iris, and he couldn’t see the soft gray at all. In a matter of heartbeats, her icy skin started to warm, and by the time the sun had completely set, she was burning hot in his arms. Her skin was dry, although he had broken out into a sweat from the heat she was throwing off.

“It’s him.” Her lashes drooped low over her eyes. Her voice was dreamy and oddly disconnected. “He’s there. Burning . . .”

Cullen didn’t waste his breath asking who. He knew in his gut. The pad of his thumb stroked across her cheek-bone. “Look at me, Taige.”

It was as though she hadn’t heard him. Lids hanging low over her eyes, she whispered, “There’s gas. I smell it. Damn, it’s hot.”

A fine sweat broke out over her skin. For a second, the air stopped smelling of the heat, the sand, and the Gulf, and the sickly sweet stink of gasoline filled the air. A hot breeze kicked up over the water, and the smell faded. Or maybe he hadn’t really smelled the gas to begin with. At that point, Cullen didn’t know. She shivered, and Cullen rubbed a hand up and down her back, trying to warm her.

Cuddling into him, Taige rubbed her cheek against his chest.

He kept talking to her, but nothing he said got through. Finally, he just wrapped his arms around her and held her as close as he could. One hand rubbed up and down her naked back. Her breasts were bare against his chest, but Cullen could honestly say he didn’t have one lascivious thought. Amazing how terror could wipe out an all-consuming lust so easily.

It ended as suddenly as it came on. One moment, Taige was cuddling into him and holding on like he was some teddy bear warding off the boogeyman, and in the next, she was stiff in his arms and sucking in air like a drowning woman. Her body shuddered, and then she pushed against his arms. “You’re going to crush me, Cullen.”

He pressed a kiss to her forehead. “Damn it, you keep scaring me like that, I’m going to die of a heart attack before I turn forty.” 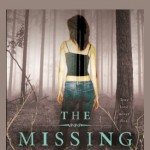