Book 2 in The Ash Trilogy 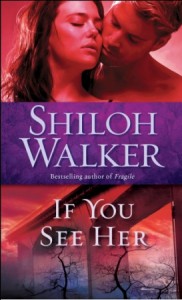 A FACE IN THE MIRROR

Hope Carson may not look like a survivor, but she has escaped an abusive ex-husband and recovered from a vicious assault. Now she endures the painful memories and suspicious rumors surrounding her involvement in the attack. Her ex is a cop, so the last people she trusts are law enforcement officials—and she certainly doesn’t trust how the local DA makes her feel inside.

Remy Jennings should know better. He has no business falling for a woman who he suspects may have a deeply troubled mind. And even if he did make a move, she’d bolt like a frightened rabbit. But how can he deny a burning desire that threatens to consume him? As Hope’s past catches up with her in the worst way, Remy is determined to break through her defenses, earn her trust, and keep her safe in his arms—before it’s too late.

No matter what people thought, Hope hadn’t broken. She had been forced to bend, to take unimaginable shit and heartbreak.

Still, just looking at her flooded him with the most insane urges—the need to protect her. The need to touch her.

“I’m not here because I’m trying to run you out of town,” he finally said, when he thought he might be able to say in a somewhat level voice.

Something moved inside him. It might have been anger. Might have been wounded pride. Might have frustration…or all of the above. “Just get it over with?” he repeated, some of his tension edging into his voice.

Then he closed the two feet between them. He wanted to touch her…fuck it, he wanted it so bad, he hurt with it, ached with it, would have gone to his knees and begged it he thought it would have done any good.