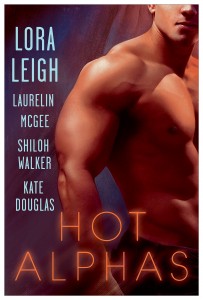 contains BURN FOR ME: A Secrets and Shadows story

Ali knows that Tate has never forgiven his father for the fight he had with Nichole right before she left the house–and was never heard from again. Ali thinks that Tate’s unresolved anger is a force to be reckoned with…even though the heat that blazes between them is undeniable.

Now both Tate and Ali are left to wonder: Can love really conquer all? Get lost in a world of secrets and shadows in

Burn for Me by Shiloh Walker

Blackness wrapped around them, a sheltering embrace as his body moved over hers.

His hunger had an edge tonight.

He’d come to her late, appearing in the darkened doorway of her room and she’d barely had a chance to catch her breath before he was there, strong hands slowly pulling away the covers and then the mattress gave way under his weight.

Now, as his cock swelled inside her, as one palm cupped her hip and angled her up to meet each driving thrust, he buried his face against her neck as he muttered her name.

She gasped out his and had to bite back the words she knew he wouldn’t want to hear.

Tangling her hands in his hair, she arched and whimpered as he shifted his angle, moving so that the head of his cock stroked the bundled bed of nerves buried deep inside her and that small adjustment had her panting.  Heat blistered her and pleasure consumed her.

He surged against her, harder. Faster.

She climaxed around him, muffling her sob against his shoulder.

His mouth covered hers, swallowing down that ragged, breathless sound.

Then he stiffened, coming inside her.

She wanted that purse.

Ali Holmes didn’t covet a lot of things, but as she stood behind the counter of the Madison Pizza Company, she decided she was going to let herself covet that purse.

It was a safe obsession. Vivid, murder-red, butter-soft leather. It cost almost as much as she made in a week—it would have to.  It was a Coach purse.  She had an eye for those things, mostly because she obsessed over them.  Drooled. Coveted.

Sometimes when she went shopping in Louisville or Lexington, she’d even let herself pet them.

But she wouldn’t ever buy one. How in the hell could she buy a purse like that when she could barely afford to put food on the table?

It was a safe enough obsession, because she knew she wouldn’t ever go and spend money she couldn’t afford to waste on something like a purse, not when her two boys needed shoes, not when she needed to figure out how to fix the roof, and not when she was still scrambling to pay the bills for the appendectomy she’d had to have last winter.

The owner of that gorgeous red purse stood in the doorway, blinking as her eyes adjusted to the dim light after being out in the bright sunny afternoon.

Ali gave herself another second to lust as she gathered up a couple of menus and tried not to notice the way somebody was grinning at her.

“If you keep staring at the purse, she’s going to think you plan on mugging her.”

Just the sound of that voice was enough to make her heart skip, and maybe it made her knees a little weak, although she managed not to let it show as she turned her head and looked into the dark brown eyes of one Tate Bell, her other obsession.

He wasn’t so safe.

Lately, she was starting to think she might have to give him up.

He was like too much chocolate, too much wine.  She wanted to gorge on him, but he was oh, so very bad for her.  If she could keep herself to just lusting after him, it wouldn’t be an issue.  Lust was nice. Lust was healthy.  But she’d let herself get lost in him.  Lost herself to him.

Maybe that wouldn’t be so bad, if he could do the same.

Burn for Me only ebook