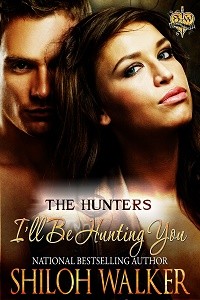 What if you were born to love only one man…and what happens when he’s gone?

Declan has been Tori’s lover, her friend, her soul mate, but now he’s gone and the grief is driving Tori mad. While those she loves fear for her safety and her life, Tori is losing herself.

Then she is given a message from a fellow Hunter. Go.

It’s the last thing she wants to do. It’s the one thing she realizes she must do. Following an instinct deep inside…she goes. And finds something she never dared to wish for.

Bonus Story: All The Time In the World (A Grimm Prequel)

The man once known as Declan O’Reilly looked at the woman cuddled up against his chest.

As far as the mortal world was concerned, Declan O’ Reilly and his wife, Tori were dead. Officially dead, for eight years. They’d changed their names on a regular basis—if he remembered right, they were on their third new personas.

Her long, dark curls were tangled and a light sheen of sweat gleamed on her flesh. She tipped her head back up at him and said, “I miss you already. Don’t leave.”

Declan pressed his lips to Tori’s brow and murmured, “Have to, baby.”

“Then wait for me. Eli and Sarel will be here soon—tonight. Can’t you wait until midnight? Dawn at the latest.”

He was tempted. When Tori got that look in her eyes, it was damn near impossible to deny her. He did, though. As hard as it was to deny her, ignoring the burn in his gut was even harder. Declan nuzzled her curls and whispered, “You know I can’t.” He shook his head. “This can’t wait any longer. You have to stay here with these kids. They trust you. They feel safe with you.”

Tori was silent. He pressed his lips against her temple, lingering there and savoring the warm, soft scent of her skin. “This shouldn’t take too long, baby.”

Then he sat up. Before he climbed out of the bed, he tucked the blankets in tight around her.

Grumbling, she closed her eyes and said, “It’s already too long.” Tori didn’t say anything else. Rolling onto her side, she pushed up on her elbow and watched as he walked around, picking up the clothes they’d practically ripped off last night. The bite on his neck had already healed—shapeshifters healed with a miraculous speed. The faint light filtering in through the blinds fell across his body, highlighting his lean, muscled form.

Her heart beat kicked up a notch. She licked her lips and wondered if she could coax him back under the sheets for a minute. Longer. She had a bad feeling in her gut. Tori didn’t want him to leave. But before she could even push her blankets down, Declan gave her a narrow look. “Don’t even think about it.”

Tori arched her brows and asked innocently, “What?” She could feel her fangs sliding down. Normally she could control it a little better, but Declan tended to shatter her control. He always had—they’d been married for ten years. They had known each other for fifteen years.

And he still had this effect on her. Hunger, love and need swam through her. Rational thought became a thing of the past. Sliding out of the bed, she moved toward him but before she could press her naked body against her husband’s, Declan reached out and wrapped his hands around her upper arms. He eased her back and said, “Tori, come on, baby. I have to go.”

The urgency in his voice broke through the haze of lust that fogged her brain and Tori let him usher her back to the bed. “You’re no fun.” A wicked grin curved her lips and she looked at him over her shoulder before crawling back under the covers. “I’ll think about you when I take a shower later.”

“Mean little brat,” he muttered. She rolled onto her side and smiled up at him. Crouching down by the bed, Declan covered her mouth with his and kissed her smile away, his mouth rough and demanding. By the time he pulled away, they were both breathing heavy. “You do that.”