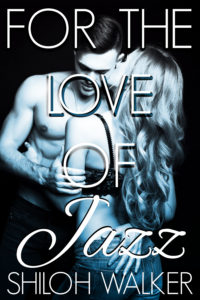 Someone wants a secret to stay buried—even if it means murder.

Since waking up in a hospital at age eighteen, accused of driving the car that killed his best friend, Jazz McNeil has lived with a guilty heart.

Now, more than a decade later, he has returned to his hometown to raise his daughter and to uncover the truth about what happened that fateful summer. And gaze into the eyes of the girl whose life he shattered.

Though Anne-Marie Kincaid was told that Jazz was responsible for her brother’s death all those years ago, she has never quite believed it.

The facts don’t quite fit; they never did. All she knows is, she still feels loved and safe when she’s with Jazz, and that he misses her brother just as much as she.

This novel has been previously published, but has been revised and expanded.

Anne-Marie lowered the brush, stared at her reflection. Dark green eyes, troubled and confused, stared back her. Why was she even bothering? she wondered, flicking the make-up on the dresser top a disinterested glance.

Or just in lust.

Pressing one hand against her flat belly, she closed her eyes. Oh, yes. She was familiar with lust, had been since she had awoken sweaty and panting in her bed the night of her sixteenth birthday. And it hadn’t been the sloppy, badly aimed kiss from Dex Embry that had done it.

It had been Jazz, dancing with her on the deck by the lake. How many dreams had she had of him since then? Dozens, hundreds. Some bare wisps in her memory,others so potent, so real, she had awoken in tears to discover he wasn’t there with her.

God, it had always been him.

Could a person be born loving another? It seemed she had loved and needed him her whole life.

So why are you going into town instead of out to his place?

A frown darkened her face and she glanced around the room. The voice seemed too strong, too certain, to have come from her. But, Anne-Marie mused, staring at her reflection, what a very good question.

With the wind blowing through the open window, Jazz took the turn off to his house at a brisk forty miles an hour. With pleasure, he watched in his rearview as gravel dust filled the air. He had the whole night to himself. And he didn’t have a clue as to what he was gonna do with it.

How long had it been since he’d had a night to himself?

More than three years, the last weekend Mariah had spent with Sheri’s folks. The following Monday Sheri had gone to her doctor and learned she had a brain tumor. Such a bright light, put out so fast, just like Alex. He could still hear her laughter, that loud, bawdy laugh, that low raspy voice. How could that fast living, fast talking woman possibly be dead?

With a sigh, he ran his hand over his face. She had gone so quickly, in under six months. Those six months had bankrupted them.

Sheri, God rest her soul, had given him his salvation.

Rounding the final curve to his house, he decided he’d take a little walk down memory lane, pay his respects to his wife’s memory.

But as he crested the hill, he realized that he wouldn’t be doing that tonight. There in his drive sat a shiny little Mustang convertible, candy apple red, the rag top down. Perched on the hood was little Anne-Marie, all grown up. Her thick black hair was falling around her shoulders, shoulders left bare by a simple white camisole styled top. Long legs were revealed by a pair of neatly cuffed black shorts and her small feet were shod in a simple pair of canvas tennis shoes.

She didn’t look like a doctor; nope, she looked like a high school coed. Until she turned her head and met his eyes. His breath caught in his chest as her gaze locked with his. Sweet God, how had she grown up to be so beautiful?

A soft breeze fluttered her hair around her face, framing it in dense black. As she slid off the car and moved towards him, a hesitant smile tilted up the corners of her mouth.

“Hey,” she said softly, coming to a stop a few feet away. Cocking her head, she studied him in the fading light. “You had your hair cut.”

A soft, illusive scent floated to him on the air and he was seized by an insane desire to bury his face against her neck. Gruffly, he asked, “What are you doing here?”

Her shoulders lifted and fell and she said, “I wanted to talk to you.”

Looking at her, he saw Alex. Though they looked nothing alike, he saw his old friend in the arrogant lift of her chin, in the confident way she held herself. The way she offered no explanation for her actions. She was so alive, as Alex had been. And he knew he couldn’t keep himself from reaching for her if she stayed so close.

“Did you forget who I am, Annie?” he asked quietly, moving closer, until his toes nudged hers.

She was forced to tilt her head back to meet his eyes. “I know who you are, Jazz. I’ve always known you.”

Shaking his head, he scoffed at her, “You don’t know me any more than I know you.”

At that, she arched an elegant brow. “What’s my favorite color?” she asked.

Blue, he thought, even opened his mouth to answer before he clamped his lips shut.

Strawberry shortcake. “How in hell am I supposed to know? I haven’t seen you in sixteen years, sugar.”

She smiled serenely. “Why do I like rainy days?”

So you can curl up with a book and munch on popcorn. Brows lowered, he merely stared at her.

She shrugged and said, “You like the color green.” Green, like her eyes. “You love steak and potatoes, sour cream only. You don’t like butter. Rainy days don’t bother you but you always liked the sun better. When it rained, you were supposed to stay in out of the rain. And that made it easier for Beau to find you.”

She caught his shoulder as he turned away. “You think I don’t know what he did to you? To your momma? I was young, Jazz. Not blind. I knew. I’m the one who saw you go into the barn that first time after Beau nearly beat the life out of you. I told Alex about it because I didn’t think you would want Daddy to know.”

Whirling around, he shrugged off her hand. “I don’t need sympathy, Annie.”

“I haven’t any for you,” she replied evenly. “If my heart breaks for the little boy who was beaten black and blue, so be it. But what I felt about that little boy has nothing to do with why I am here now.

“I do know you,” she whispered, reaching out, laying one small, neatly manicured hand on his rigid arm. “You were my hero, Jazz. And I wanted to talk to you; we were friends, of a sort.”

“We were never friends, angel. I was friends with your rich brother and you were the nosy little brat who had a crush on me,” he snapped. “Go home to Daddy, Annie. Go talk to him.”

In the fading light, he saw the delicate color wash out of her cheeks and the hurt bloom in those green eyes. And then she blinked, and as easily as that, a mask fell. She shrugged, carelessly. “Your loss, Jasper,” she told him, turning on her heel and heading for her car. The denim drew tight across her hips as she dug into the hip pocket for her keys. Before she could reach for the handle, hard hands closed over her elbows, twirled her, pinned her against a heavy male body. Against her back, she felt the cool, smooth glass of the window and the metal of the door against her legs. She raised her head, looked into those deep brown eyes that had haunted her dreams for years on end.

“I don’t wanna talk to you,” he whispered as he lowered his head to hers.

to release on other platforms in winter 2018