Drastic Measures is available again! For those who like a bartered/blackmail romance sort of thing that isn’t too dark, here you go.

This book was previously published, no new material added, yadda yadda yadda. If you haven’t read it before, it’s now only $0.99, so here’s a great chance to add it to your library. 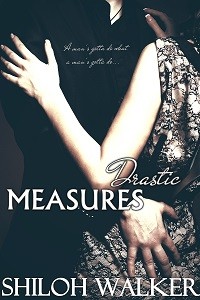