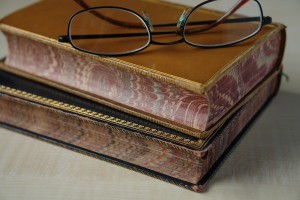 Thursday Tips-geared toward the newly contracted/newly published author.  If you’ve got comments or Qs, feel free to leave them in comments.

Book bloggers…they are your friends

Besides librarians and booksellers, another group of people you don’t want to neglect or abuse?

This doesn’t mean going and totally schmoozing it with them.  While some may be totally into that, chances are it will annoy others.

Just talk with them.

When I say talk, I don’t mean hit their blog with

Folks…this isn’t talking.  This is basically invading a blog, and most authors who use this spiel almost always do it where there’s already a conversation going on.  So not only to do they intrude on an active conversation, they are doing to pimp their own work, and coincidentally, they are throwing around big names in hopes of catching interest.

Does it work?  Well, you might grab a little bit of interest.  But you’ll also annoy a number of readers—you’ll alienate them.  If you’ve alienated them, they are less likely to try your work, whether or not they say anything at the present time.

On the other hand, if you actually just talk…well, you can build up some friendship, or at least friendly relationships and that will do you a heck of a lot more good than the bit of interest you might gather from heavy-handed promo.  Because when you leave a good impression, people remember you, they talk about you and not in a—holy crap, did you see how she just totally interrupted us to pimp her shit-how rude!—sort of way

When I say TALK, I mean… TALK.

Oh, man…. Linda Howard?  I love Linda Howard.  One of my favorites from her is Son of the Morning.  That woman can write.

Readers tend to get aggravated when an author invades on conversations just to promo-whore her stuff.  So despite what you might hear from some sources, I really don’t think it’s going to do you any favors to try that route.

Here’s an example:  If you were having conversation with a friend at the bookstore and somebody suggested a book they liked, or a book they’d loved by an author you were discussing, chances are you wouldn’t mind.  This might even be something you have done.

Oh, wow.  I see you’re looking at the latest Lora Leigh.  Wow.  I write just like her, or so people have told me.  I think you should try my stuff.

Folks, this isn’t a good sales pitch.  It’s heavy-handed, it’s awkard.  Some authors can work this sort of thing into a conversation.  Others?  Can’t.  Many of the ones I see online?  They can’t.  They are the ones who intrude on messages boards at Amazon, Goodreads, blogs, all in the name of pimping their stuff.

When authors use this sort of tactic, it brings about…an awkwardness, we’ll say.  Some people may be unsure what to say, period.  Some aren’t going to say anything for fear of hurting the author’s feelings.  Some just don’t like conflict.  And…um, well others just might tell you off to your face.  But it puts a strain on what had been a pleasant, open conversation and they can no longer freely discuss things.  This isn’t going to help endear you to them, and again, despite what some people think, I really don’t believe it does a big promo boost either.

On the other hand, if you can just talk to readers and bloggers about the common ground we’ve got?  Which is a love of books?  That can do you a world of good.  If you can be genuine.  I never set out to build a huge network of bookblogger friends.  I was just talking to people about books, because…well, I kind of love to talk to people about books.

I don’t really talk about mine—I feel weird talking about my books.  If somebody asks questions, yeah, I’ll answer.  But when I’m at a book blogger’s blog, a reader’s blog?  I’m there to talk books.  If I’m at another author’s blog, I’m either there as a guest… I don’t mean a guest blogger-those are different rules, I mean as in a guest in their house…or as a friend.  It does us well to remember courtesy.

However, this doesn’t mean it doesn’t help get my name out.  People ended up at my blog because they saw me talking at other blogs.  I’ve had people tell me they bought my books just because they saw me recommending other people’s books—and no, this isn’t why I do it.  If you can’t be honest when you’re out there in blogland, don’t bother because, people?  Readers aren’t stupid and when you’re putting on a front, it comes through a lot more clear than people tend to realize.

Just remember that readers and bookbloggers… They are people…treat them with courtesy and respect, and they’ll give it back.